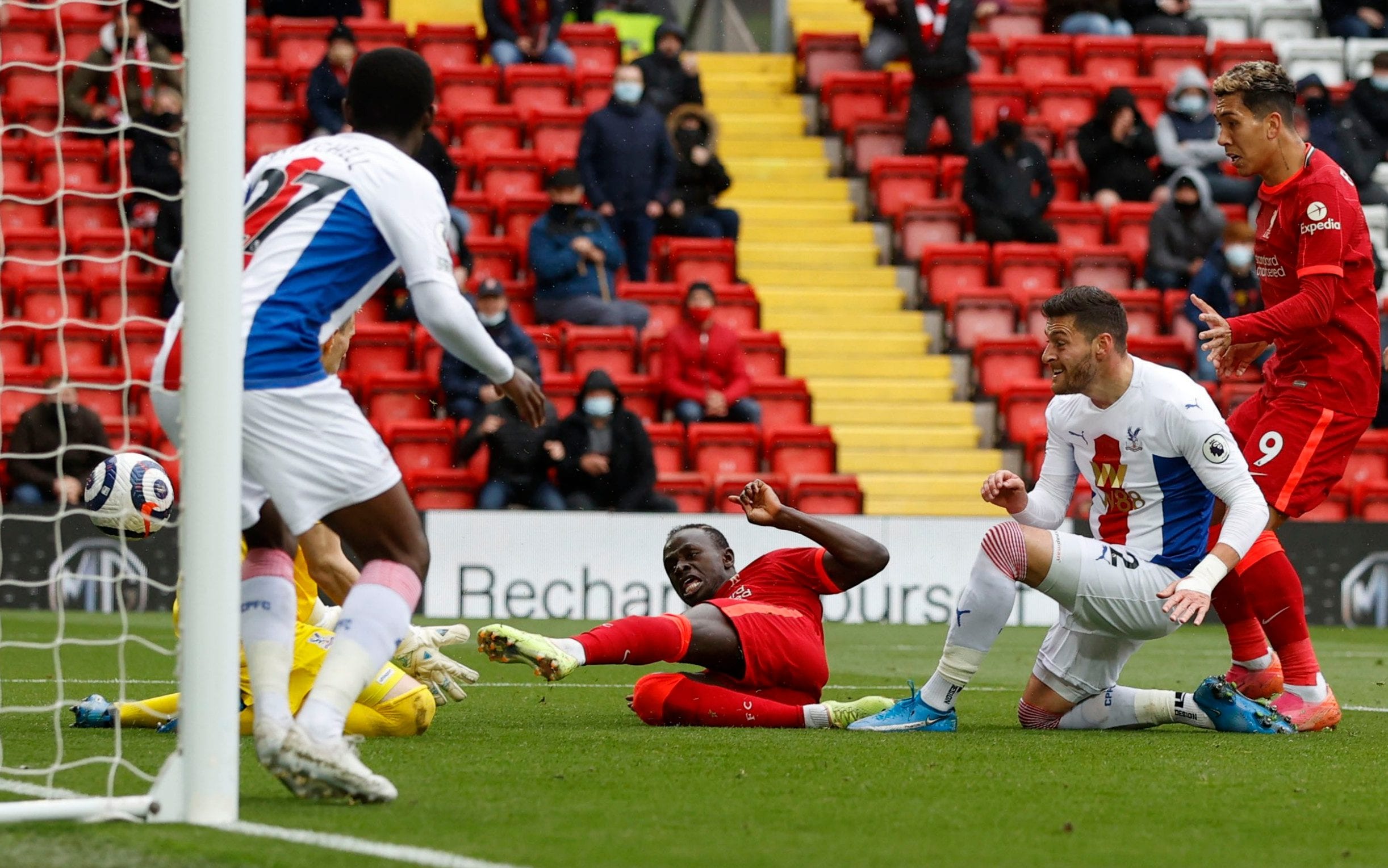 Crystal Palace look to continue the form that saw them beat Spurs 3-0. Liverpool should have too much for Palace, but won’t be taking a win for granted!

The new Palace boss Patrick Viera could hardly have dreamed of a better result last weekend. His Eagles side cruised past Tottenham Hotspur 3-0. However, Palace travel to Anfield having lost 3 and drawn 1 of their last 4 Premier League away matches. They have also conceded 10 goals over that time, with that run including a 2-0 defeat in this fixture on the final day of last season.

Divock Origi was a surprise starter against AC Milan but he left the pitch with cramp on Wednesday. The Belgian striker however was always expected to miss out for Sadio Mané in this game.

Thiago Alcantra and Virgil van Dijk should also receive recalls over Naby Keita and Joe Gomez respectively, meanwhile Ibrahima Konaté is still waiting patiently for his opportunity to get onto the pitch for Jürgen Klopp’s team.

As for Palace, Michael Olise was fit enough to be a substitute against Spurs and is now pushing for a starting role, but Nathan Ferguson and Eberechi Eze continue to recover from long-term injuries.

Jeffrey Schlupp also has a hamstring issue and is facing a race against time to prove his fitness, while Odsonne Édouard has surely done enough to replace Christian Benteke as the lone striker.

Luka Milivojević will be hoping for a place in the midfield, but it would be surprising to see Vieira make any changes for this game, barring the expected inclusion of Odsonne Édouard, after his heroics as a substitute last weekend.

Our prediction for this game is a 3-1 win for Liverpool. The Reds have too much attacking talent for Palace and they are playing at home.