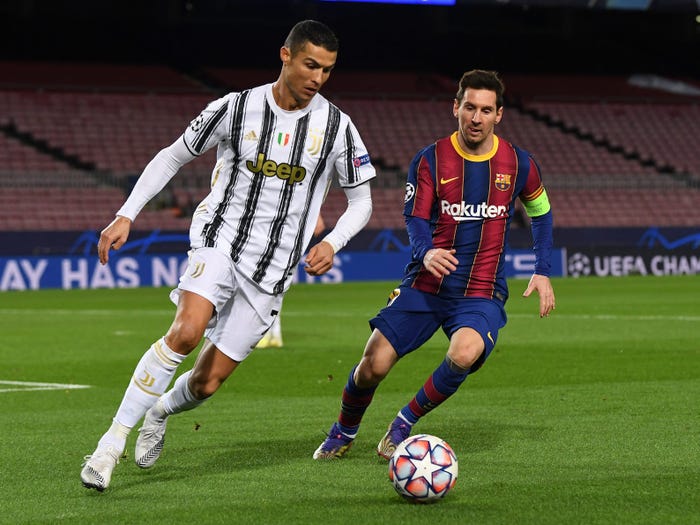 The question of who is better between the Portuguese phenomenon and the awesome Argentine has dominated the minds of football fans everywhere for the past decade. Who is better? Can the stats tell us?

Cristiano Ronaldo has a career total of 783 club goals and Lionel Messi has a total of 748. Each of them has remarkably netted over 740 club goals in their career so far, with the 5 seasons between 2009-10 and 2014-15 proving particularly prolific, as they pushed each other to ever greater heights.

While Ronaldo currently has more goals overall, Messi has the edge in the scoring department, with a higher season average (39.5 to 35), having reached a peak of 73 goals in 2011-12.

Lionel Messi has a total of 315 assists for club and country, compared to Ronaldo’s 227. When it comes to assists, Messi is far superior to Ronaldo and that contrast has become increasingly clear as their respective roles have changed over time.

The fact that Messi creates so many goals as well as scoring them is a major consideration when deciding which player is the greatest of all time and the difference in this particular area is clear.

However, Messi with 120 isn’t far behind and actually has a fractionally better goal-per-game ratio (0.81 goals per game, compared to 0.76), so there is a good chance that he could overtake the Manchester United man if he continues to sparkle in the competition with his new club Paris Saint-Germain.

Ronaldo and Messi have similar records at the international level, though Ronaldo boasts greater numbers, partly because he began his senior international career 2 years before Messi.

Ronaldo surpassed Ali Daei’s record of 109 international goals with 2 goals against Ireland this year to become the top international goalscorer of all time. Messi with 76 goals for Argentina is a long way behind Ronaldo in this respect.

Messi and Ronaldo have very similar trophy hauls, but Messi edges things when it comes to league titles, having won La Liga 10 times with Barcelona. Ronaldo has 7 league titles, but unlike Messi, he has won the league in 3 different countries (England, Spain, and Italy).

Ronaldo has an edge over Messi in the Champions League. with 5 titles to Messi’s 4. The Manchester United star has also enjoyed notable success on the international stage, winning the European Championship and the UEFA Nations League.

Messi, on the other hand, has endured considerable pain with Argentina, with 4 failed Copa America campaigns, 3 of which saw them lose in the final. He finally won the Copa in 2021. While neither has won the World Cup, Messi has an Olympic gold medal.

Messi went ahead of Ronaldo in the Ballon d’Or stakes when he won his 6th in 2019 and it looks likely that he will stay ahead. The 2020 award was cancelled due to the global pandemic, meaning the next chance Ronaldo has of winning is this year at nearly 37 years old.

Messi has won the European Golden Shoe a record 6 times, which is 2 more than Ronaldo and he is marginally ahead of his rival overall, but the fact that both have been on the FIFPro World XI 14 times highlights how closely fought the battle between them has been.

So after going through their extraordinary careers, who do you think is the best? Messi or Ronaldo?

UEFA Europa League Round-Up!
An Easy Win for the Reds at Anfield!
Go to mobile version