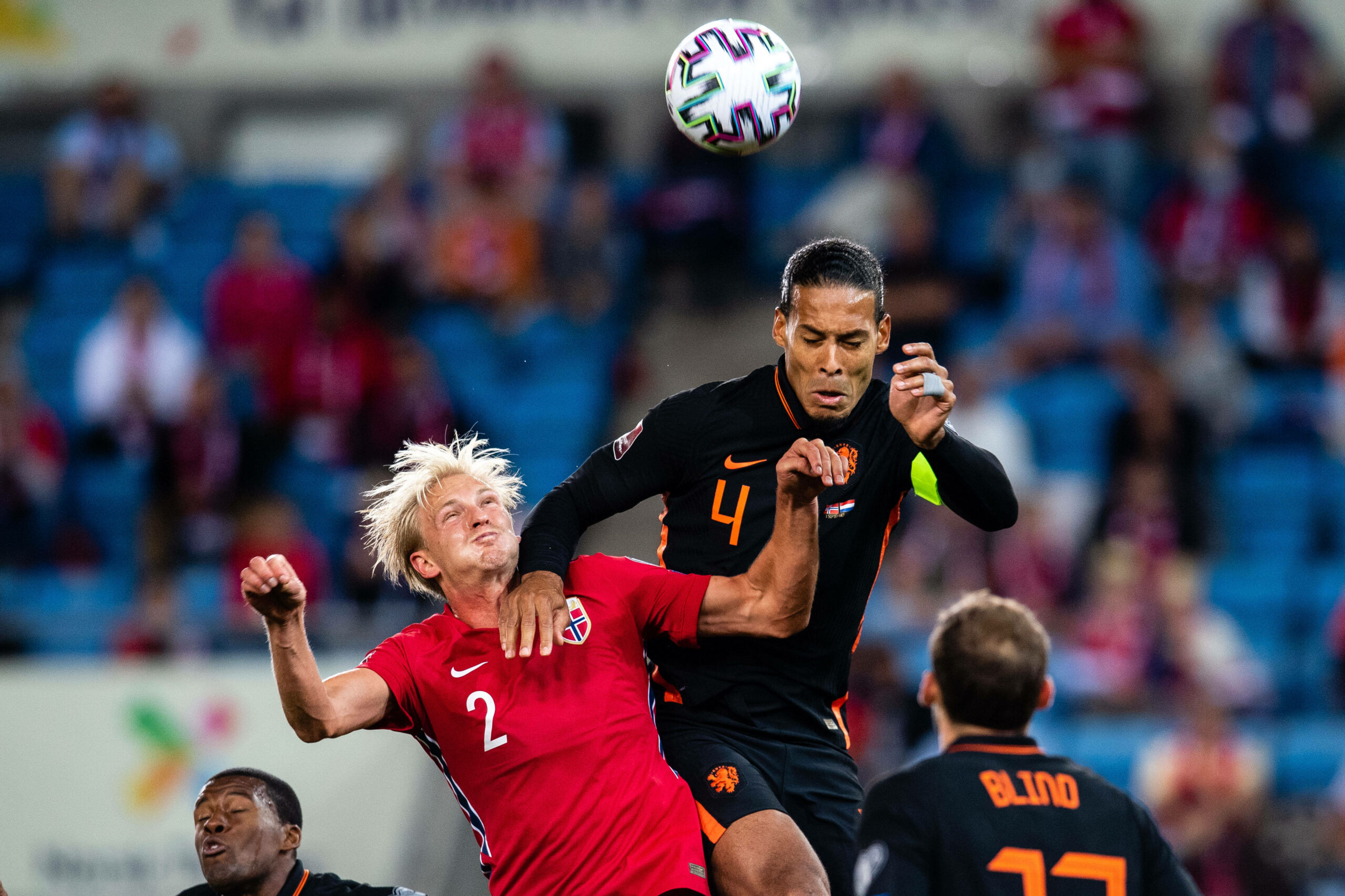 There’s all to play for in Rotterdam, as both teams can still qualify for Qatar 2022!

The Netherlands will welcome Norway to Rotterdam on Tuesday, knowing that they require a victory in order to guarantee first place in Group G and an automatic spot at the 2022 World Cup.

Holland are currently top of the group, two points clear of third-placed Norway. The Scandinavians can also finish first or second, depending on what happens when second-placed Turkey lock horns with Montenegro on the same evening.

The Netherlands were on track to book their place at next year’s finals when they took a two-goal lead away to Montenegro on Saturday evening. However, a late collapse has left the Dutch sweating on their position, heading into the final round of fixtures.

Despite being held to a 0-0 draw by Latvia last time out, Ståle Solbakken’s side can still qualify for Qatar. A victory on Tuesday would confirm their place in the top two, while a draw would be enough if Turkey lose to Montenegro.

Netherlands boss Louis Van Gaal is expected to stick with the backbone of the side that started the 2-2 with Montenegro on Saturday, but there could be changes in the more advanced positions.

Donyell Malen struggled to make an impression in Montenegro and could now be replaced by Steven Bergwijn, although Noa Lang is also pushing for a start.

Stefan de Vrij should again feature alongside Virgil van Dijk in the middle of the defence, with Davy Klaassen teaming up with Frenkie de Jong and Georginio Wijnaldum in midfield.

Meanwhile, for Norway, head coach Solbakken could decide to field the same XI that took to the pitch from the first whistle against Latvia.

Erling Haaland was unavailable to join up with the national team due to a hip problem, but there are still plenty of options in attack.

Alexander Sørloth should again get the nod at centre-forward, with Martin Ødegaard, Mohamed Elyounoussi and Kristian Thorstvedt supporting the 25-year-old.

We are predicting a 2-0 win for the Dutch, with both goals coming in the second half.