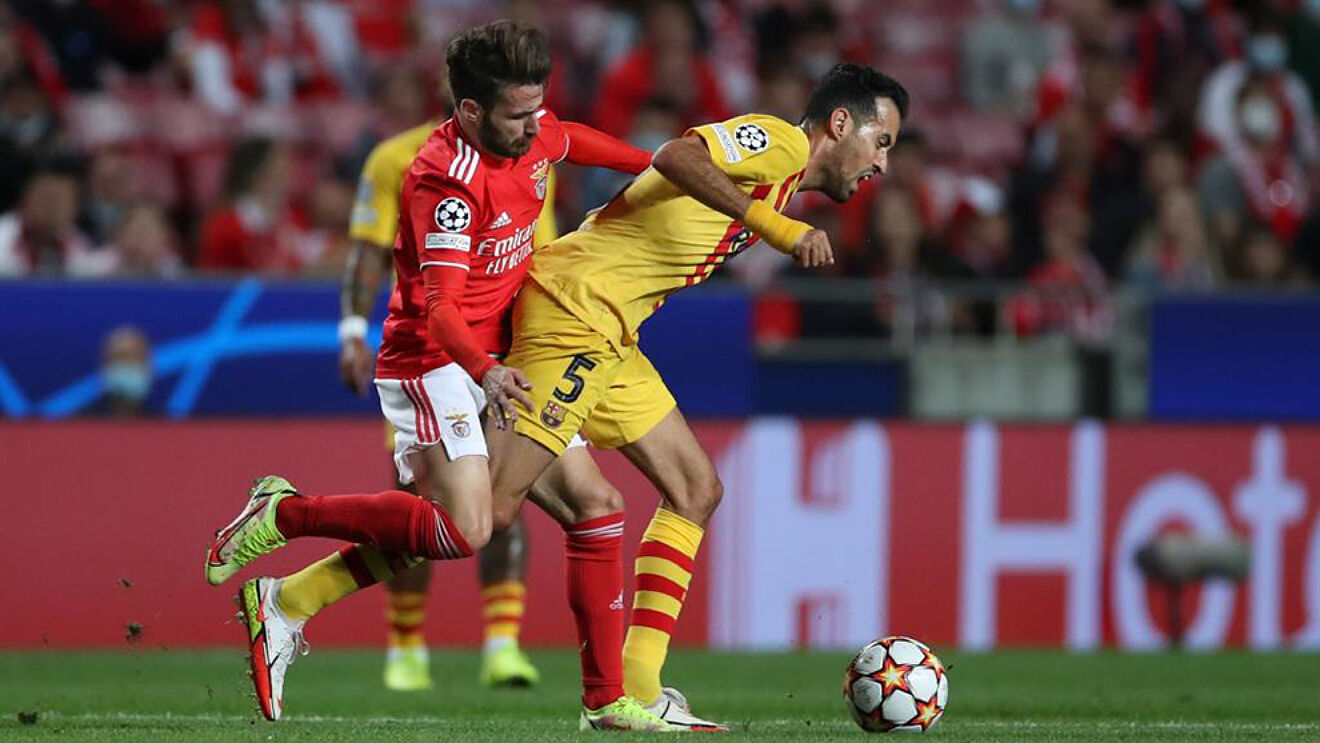 Barcelona to Battle Benfica in the Champions League!

Barcelona to Battle Benfica in the Champions League!

Can Barcelona get Champions League revenge over the Portuguese outfit, when the two sides lock horns in the Catalan capital on Tuesday?

Looking to guarantee themselves a place in the last 16 of the UEFA Champions League, Barcelona welcome Benfica to Camp Nou on Tuesday evening.

The Catalan giants will be hoping for a different outcome this time against Jorge Jesus’s Benfica, who thrashed Barcelona 3-0 when the sides met before in Group E.

As Bayern Munich race into the knockout rounds, Barcelona are performing a slow-moving crawl to the finish line in comparison. However, a victory in front of their home fans will guarantee them a place in the last 16.

Despite impressing with their 3-0 thrashing of Barcelona on matchday two, a couple of big losses to Bayern Munich have left Benfica’s dreams of a place in the Champions League knockout rounds in severe jeopardy.

Barcelona were dealt a triple injury scare in Saturday’s derby with Espanyol, with Sergio Busquets, Nico González, and Óscar Mingueza all collecting knocks. However, Xavi seems confident that none of them picked up anything too serious.

The Catalan coach also rubbished reports claiming that Sergio Agüero has decided to hang up his boots due to heart problems, but the Argentine is still unavailable, together with Martin Braithwaite, Pedri, Ousmane Dembélé, and Ansu Fati.

With Sergiño Dest now in full training, Ronald Araújo’s return to fitness could see Eric Garcia’s place at the back come under pressure. Meanwhile, Philiippe Coutinho and Yusuf Demir are both vying to replace Ilias Akhomach, following the starlet’s surprise start against Pacos Ferreira.

As for Benfica, André Almeida and Valentino Lazaro have recovered from recent issues, but Lucas Verissimo remains out of action, with a knee problem.

Midfielder, João Mário, has also been struggling with a back injury and has only just made his return to training, while Nemanja Radonjić came off after 51 minutes of Friday’s win and looks likely to miss out.

Roman Yaremchuk and Pizzi could both rejoin the first XI for this encounter, as Odysseas Vlachodimos will probably return between the sticks.

We expect that Xavi’s men will avenge their defeat in Portugal. Our prediction is 2-0 to Barcelona, with one goal coming in each half.