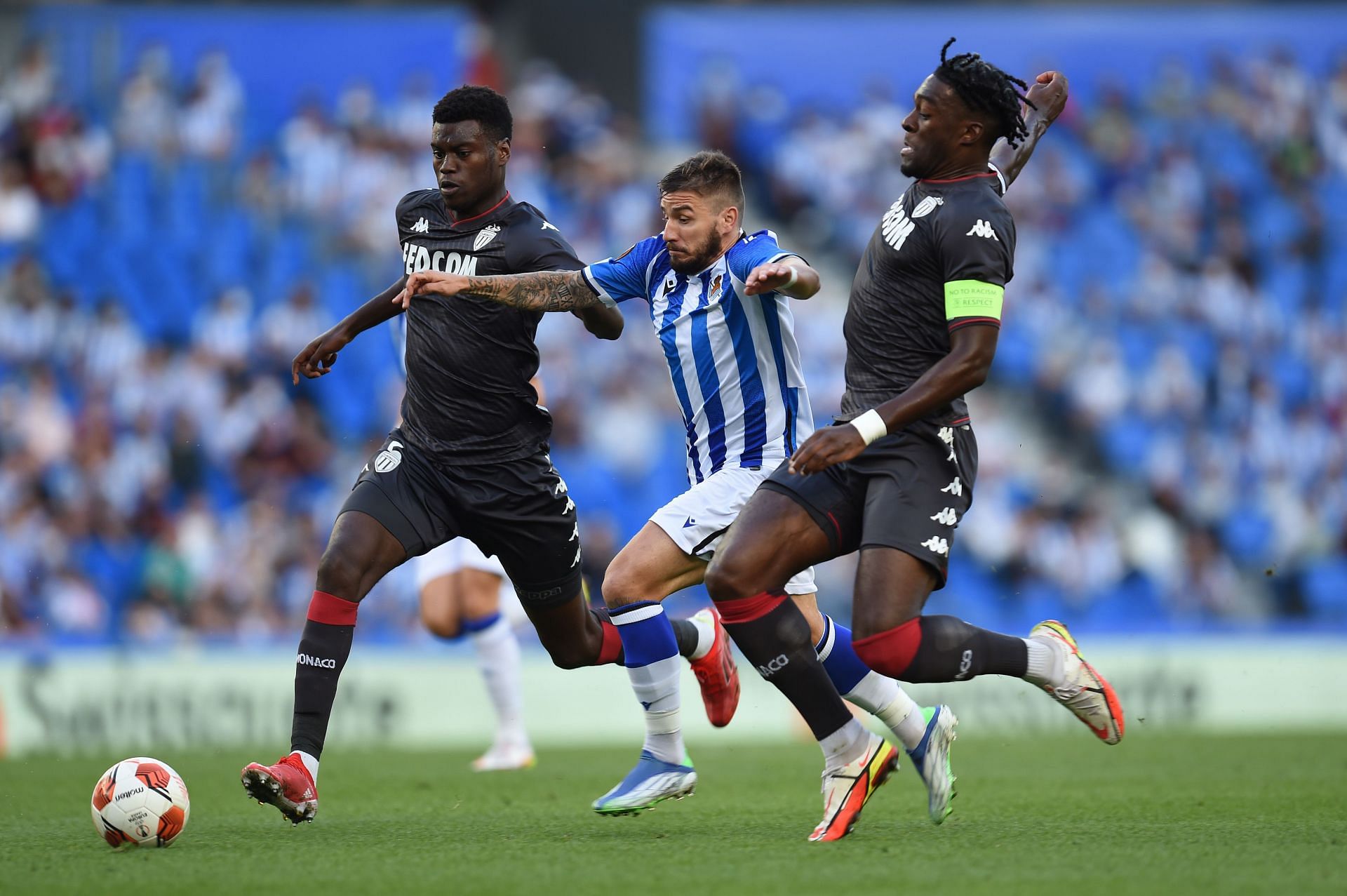 It’s first meets second in UEFA Europa League Group B. Who will be victorious and who will be disappointed when these two top clubs lock horns at the Stade Louis II?

Monaco go into their Group B home clash with Real Sociedad on Thursday evening, knowing that a triumph will guarantee their place in the Europa League knockout stages.

But while Sociedad haven’t yet registered a defeat in the group fixtures, another loss of points on Thursday may leave Niko Kovač’s Monaco requiring all three points in their final encounter against Sturm Graz in December.

Les Monegasques have however been doing much better in Europe than they have in France’s Ligue 1, putting together a four-match unbeaten run and picking up eight points so far.

Sociedad enter this contest having relinquished first place in Spain’s La Liga to Real Madrid, in a 0-0 stalemate against Valencia. Even so, Imanol Alguacil’s outfit are now unbeaten in all competitions in 17 games, in a sequence that has featured nine wins and eight draws.

With Krépin Diatta joining Cesc Fàbregas and Benoît Badiashile on the Monaco treatment tables, Gelson Martins looks likely to be given a chance in a wide area.

Wissam Ben Yedder is yet to be handed a start in this year’s competition but could replace Myron Boadu, while Ismail Jakobs is another player who is pushing for a recall.

Having survived for half an hour against Valencia unscathed, forward Mikel Oyarzabal could get his first Sociedad start in nearly two months.

Martin Zubimendi may be recalled in the centre of midfield, but Swedish hitman, Alexander Isak, looks favourite to keep his spot in attack ahead of Alexander Sørloth.

With group whipping boys, Sturm Graz, still to come on Matchday six for Monaco, Kovač may not risk a defeat in search of all three points. With PSV next up for Sociedad, we expect Alguacil’s team to be more progressive and scrape to a 2-1 away victory. We also predict Los Txuri-Urdin will win both halves.

Enormous Europa League Contest as Fenerbahçe Travel to Olympiacos!
City Roar Back from One Down to Stun PSG at the Etihad!
Go to mobile version